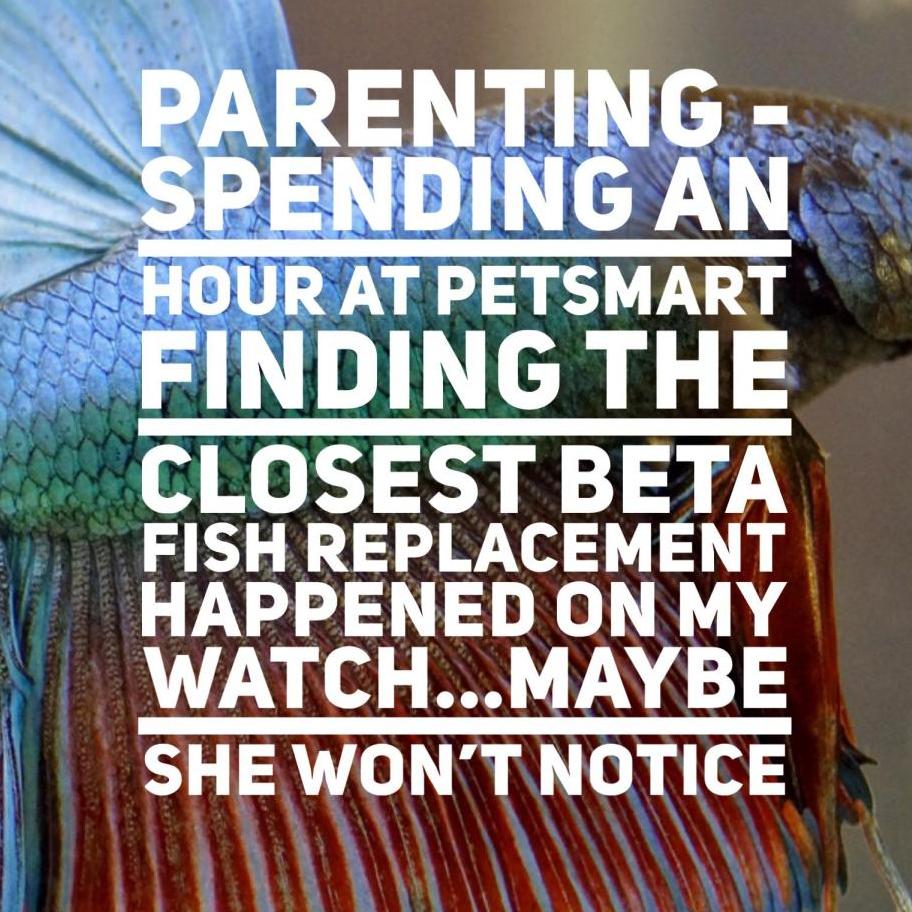 Dealing with the death of a pet
by Melinda

So my kids left for two weeks with their Dad and I was entrusted with looking after a beta fish and a leopard gecko. It is only day #3, and I found the fish laying motionless at the bottom of the tank. We haven’t had much luck with them - this WAS #2. Luckily she took the news well - and I was hoping for the realization that we just aren't fish people - but no...we will go pick out #3 when she returns.

The fish isn’t as big of a deal as our losing our 12 year old Sheltie who was bitten by a poisonous snake. Despite anti-venom being used, he was only getting worse after a week.  He could not stand due to loss of muscle control. For days I tried to nurse him back to health - feeding him mashed up food on a spoon, holding him up in the yard for him to pee, and carrying him everywhere.  Finally, knowing I couldn't take care of him any longer, I took him to the vet again.

I was the one that didn't want the dog! I got out voted. I constantly had him underfoot tripping me. As much as I joked that I didn't want him, there I  was... carrying a limp almost lifeless dog into the vet's office with tears streaming uncontrollably . He had to be admitted..  The next day the vet called with a sense of urgency and recommended we head over immediately to make a decision.

I wanted this to be a family decision, so I ran around to all the schools to check my 3 kids out and headed to the vet’s office. 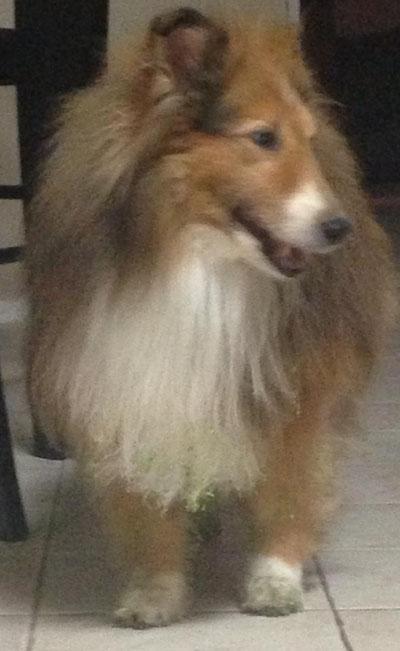 Having lost all use of his muscles, we gathered around a miserable-looking, flopped ball of fur on a blanket inside the darkened, quiet “goodbye” room. We had to quickly decide whether to try 1 more thing or have him put to sleep. He was obviously in pain so time was limited. My oldest son wanted to try the last option and was willing to empty his bank account to try it. He couldn't stand for us not trying everything - but we had already sunk thousands in anti-venom and other procedures, and this was another $500-600.  The middle child who was the closest to the dog was bent over him, carefully petting him in a comforting way while tears streaming from his face. He felt  we should put him out of his  misery. We debated back and forth. I didn’t want to vote - I wanted it to be their decision.

Suddenly in the midst of quiet decision-making, my 7 year old, too young to really understand, burst out a loud “WHAT IS TAKING SOOOO LONG?! Raise you hand if you want to kill him!” An interesting way to call for a vote but our little comedy relief girl caused us all to bust out laughing. Long story short we tried the last option and he passed away during the night at the vet office. In retrospect I would have just had him put to sleep the night it happened. I feel like we made him suffer a lot trying to save him. He already had bad arthritis in his hips and his quality of life was going down hill. Lessons learned.

The kids were crushed but were ok with it since they were involved in the decision process.

The dog was a hero in our eyes - he made my kids more aware of the dangers of having a swamp behind the house and we felt he took the hit for one of the kids.